PLAN of MA and RI > Blog > News > A Tribute to Phyllis S. Solomon

A Tribute to Phyllis S. Solomon 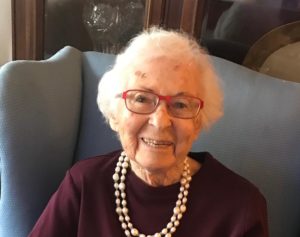 Planned Lifetime Assistance Network (PLAN) of MA & RI is saddened to hear of the recent passing of long-time friend and board member, Phyllis S. Solomon. Phyllis, along with her late husband Albert, were among the original founders of our non-profit organization, the origins of which date back to 1961.

Along with a group of parents of disabled children, the Solomons helped establish the original MARC Trust, one of the first trusts in Massachusetts created for persons with disabilities, and the first Special Needs Pooled Trust in New England. The trust became known as PLAN of MA & RI in 2003.

Incorporated formally in 1971, the MARC Special Needs Trust was created to help families of children with significant disabilities plan for the future and offer peace of mind knowing their loved ones would be taken care of in the event they were no longer able to do so.

Phyllis and her husband Albert, always known for their great philanthropy and caring of others, also helped found and support the Solomon House, on the grounds of the Paul A. Dever School in Taunton. Solomon House was home to many Dever students who were transitioning to the community as they approached adulthood.

PLAN of MA & RI, which will celebrate its 50th year in operation in 2021, manages the Solomon Memorial Trust for surviving alumni of the Paul A. Dever School/Developmental Center, who were

residents there between 1975 and 1993. The Solomon Trust, established in 1988, is accepting grant applications currently from Dever class members in need. Solomon grants provide support such as clothing, furniture, day trips and special items of importance to the individual.

In addition to serving for decades as board member of the trust, Phyllis was a tireless advocate of people with special needs. Sally Miller, LICSW and former PLAN employee, said, “It was wonderful to have known and worked with her all those years; she contributed so much to people with disabilities and because she worked for Medicaid, she was so knowledgeable.”

Phyllis retired after 38 years of Public Service as a Nurse Manager in the Massachusetts PACE program, where she reviewed and managed over 5000 lives during her career. She was a graduate of the Cambridge City Hospital Nursing School after graduating from Brockton High School and later pursued her Bachelor of Science in Nursing degree at the University of Massachusetts and Boston College School of Nursing at age 52. She worked tirelessly to improve care for the elderly, and those who suffered from various disabilities, particularly head injuries.

We salute Phyllis and her incredible giving spirit and pledge to carry on her legacy of tremendous caring to all the beneficiaries we serve here at PLAN of MA & RI.